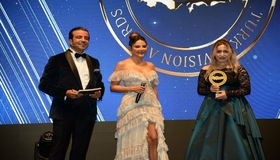 Rhinoplasty is surgery to change the shape and size of the nose.

Main reasons for having rhinoplasty

2. Aesthetic reasons: The visual change of the nose contributes to increase the self-esteem of the patients as well as to obtain the ideal result from an aesthetic point of view. The operation is aimed at creating a more harmonious look without changing the individual characteristics of the face. Rhinoplasty is also recommended for a bone tip, as well as for thick nostrils.

To achieve the ideal result in rhinoplasty, it is essential to establish the patient's expectations and to create an informative preoperative picture by the surgeon during the consultation. The preliminary 3D representation of the nose and its appearance after the operation will help in the specification of the rhinoplasty technique. The technique is determined by a competent surgeon based on the individual needs of the patient.

The surgical intervention is carried out after a complete study aimed at establishing the aggravating factors and preventing possible complications during the operation. It is advisable to stop smoking a week before the day of the operation and to refrain from taking any drugs that have an effect on blood clotting.

The operation is possible when the face has finished its bone and cartilage growth, around the age of 18.

Cosmetic or functional rhinoplasty lasts between one and three hours and is done under general anesthesia. Most of these operative procedures require incisions inside the nostrils and a small incision in the area of ​​the natural folds - near the base of the nose. Barrier cartilage is removed when correction of septal deviation is required.

The structure of cartilage and bone is cleansed or increased depending on the surgery. At the end of the operation, wicks are placed in the nostrils to prevent any risk of bleeding. They retire on the second day.

The advantage is to place silicone wicks. They are comfortable and allow the patient to breathe calmly even after surgery. They are easily and painlessly removed.

The two most discussed issues in this regard pertaining to rhinoplasty and difficulty in breathing after surgery and pain when removing tampons have already disappeared.

During the postoperative recovery process, patients may experience difficulty breathing through the nose for several days due to the swelling of the nose. The strands are removed within 2-3 days.

The final result of the operation will be available after six months when the swelling of the face is gone for good. Patients can do light exercise every day after the first few days, but more stressful physical training should be postponed for at least three weeks. Most patients return to work after a week's rest, unless the nature of the work involves strenuous physical activity.

Our guests recognize our health group and know our services and activities; In addition, our vision and mission to reflect on this opportunity and inform you through the web is our priority.

So; We would like to inform you that you can visit our website and microsites without having to share any personal information. However; you can share with our free will on our websites to get information from our health group on various topics; last name, first name, phone number, address and any information that reflects your personal circumstances, including, but not limited to, will be shared with third parties.

In this sense, your personal information shared by our customers from our website; can only be used by our healthcare group and business partners to meet your request.